Crono briefly visits Algetty on his way to the Mountain of Woe, to which Algetty is the anchor. He was sent to free Melchior for the prison atop the mountain by Princess Schala. After defeating the Mud Imp and its Mudbeast minions within the Mudbeast Den, the party scales the chain that holds the floating mountain to the ground. 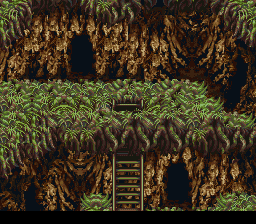 Once Melchior is safe within the village. Schala warns that the Mammon Machine has been moved to the Ocean Palace, but before more is said, Dalton comes to forcibly escort her from the village. This appears to be grave news to Melchior. Handing over the Ruby Knife, he instructs Crono and his friends to destroy the machine.