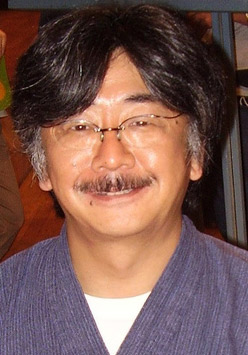 Nobuo Uematsu was born in Kōchi, Japan. Being a self-taught musician, he began to play the piano when he was eleven or twelve years old. Uematsu graduated from Kanagawa University with no music degree. When Uematsu was working at a music rental shop in Sugoshiyoshi, a girl working for Square Co. asked if he would be interested in creating music for some of the titles they were working on, and he agreed. Uematsu considered it a side job, and he did not believe it would become any sort of full-time job. He said it was a way to make some money on the side, while also keeping his part-time job at the music rental shop. Before joining Square, he played the keyboard in several amateur bands and composed music for television commercials.

The first score Uematsu composed for Square was the soundtrack for Genesis in 1985. This title, along with subsequent Square games, did not achieve any success, and the company was near bankruptcy. In 1987, he met Hironobu Sakaguchi, who asked him if he wanted to compose music for some of his games, which Uematsu agreed to. One of those games was Final Fantasy, which turned out to be a huge success, and as such Square was saved from bankruptcy. Final Fantasy's popularity sparked Uematsu's career in video game music, and he later went on to compose music for over thirty game titles, most prominently the Final Fantasy series.

Uematsu signed on to finish the Chrono Trigger soundtrack after his friend and fellow composer, Yasunori Mitsuda, contracted stomach ulcers due to his working so hard on the game's soundtrack.