Darkness At The End Of Time 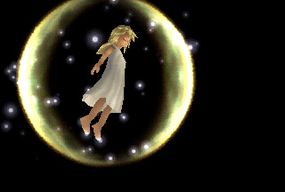 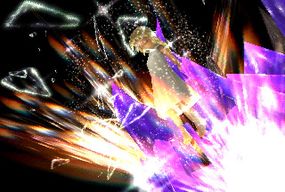 Darkness At The End Of Time, also known as Beyond Time's Eclipse or Darkness Beyond Time, is the location where one fights the Time Devourer in Chrono Cross. It can be reached via Opassa Beach, through use of the Time Egg. Discarded timelines end up here once they are destroyed. As a result of the events of the Ocean Palace Disaster, Schala arrives here. Shortly after, Lavos arrives here after its defeat by Crono and his friends. Absorbed by Lavos, Schala and the parasite become the entity known as the Time Devourer.

In Chrono Trigger, discarded events from the Future, Antiquity, and the Present are sent here in the form of the Dimensional Vortex. Vying for control of the domain and hoping to reestablish themselves as realities once more, the party destroys their "Shades", such as the Steel Shade at Leene Square. At the End of Time, Gaspar reveals that the bucket to the Day of Lavos has been overwhelmed with power from the Darkness Beyond Time, representing a new threat. The party enters the bucket and finds a version of Magus from a time position after Lavos's defeat; Magus relates that a new enemy has emerged in the Darkness Beyond Time — the Dream Devourer, capable of feeding on thoughts, dreams, and memories across time. Similar to the Time Devourer, this creation is the fusion of Schala and Lavos.